Recordation: The Vital Back Office of US Copyright 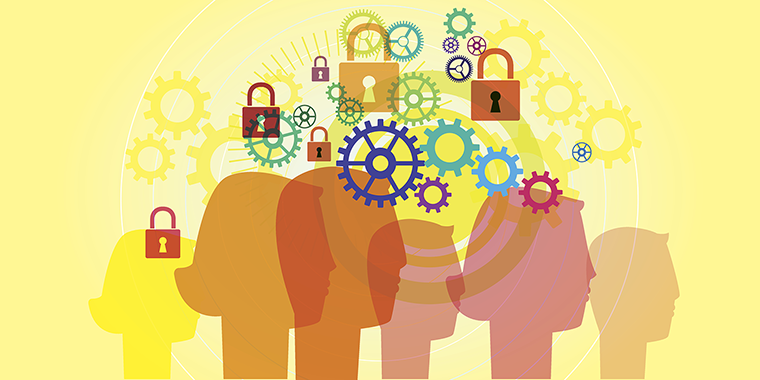 Some months ago on this blog, I talked about the role that registration of one’s copyright in books – and, by extension, all other works under copyright — plays in the US system. The ‘back end’ (if you will) of that registration system is the Recordation Section of the Copyright Office. As the Copyright Office is currently in the midst of a project to build a new and modernized recordation process, I thought it might be useful to write this post about the often-overlooked (and definitely unsexy) work of the Recordation Section and its role in keeping rightsholders, potential licensees, and the general public au courant on the current ownership status (including the issuance of many licenses) of US works registered under copyright. It carries out this work according to the requirements of Section 205 of the Copyright Act, unsurprisingly entitled “Recordation of transfers and other documents”.

Let’s back up a little. Figuratively speaking, in the furthest back room of the several “back office operations” of the Copyright Office, one will find the Recordation Section. In order to understand the role of the Recordation Section, it is first important to understand that copyrights are assignable, and during the course of their term they therefore may be “assigned” (i.e., transferred outright, as with the title to a vehicle or a house) to other holders. Sometimes this happens very early on in the process. Going back to our example of a book from my earlier post, the person or entity identified in the copyright statement on a printed copy of the 1st edition of a book is never going to change; but the actual owner — the current holder of those rights —  may change. This more commonly occurs in IP of relatively high commercial value: For example, the copyrights in the software developed by Sun Microsystems back in the 70’s and 80’s are now held by Oracle Corporation (a fact which been in the news recently); and the rights in many older books are held by the heirs or managing agents of those authors.

Conceptually, we might compare this recordation responsibility to that borne by a State, for keeping accurate records of the current title holder for a motor vehicle or for real estate. Even in the unlikely circumstance where you built the car yourself, 20 years on someone else may well be the owner of the car, so they (now) “hold the title” to that car —and you don’t. This is why we often refer to “rightsholders” rather than publishers or authors when discussing the current proprietors of particular rights in a work.  That is, the original author and the bibliographic publisher (the names appearing on the appropriate page in the first printed edition) will never change, but the holder(s) of rights in that work may and do change (and may even multiply – if, as the law allows (and even encourages), the author, the hardcover publisher, the paperback publisher, the audiobook publisher and the movie producer all hold different exclusive rights in one work originally produced as a book).

Rights under a copyright may also be licensed on an exclusive basis (such as by the book author to the movie producer) or they may be mortgaged as part of a financing transaction (such as when an author or publisher with a valuable backlist of works needs to borrow money from a bank).  An assignment may even expire. In these cases, the licensee or the lender may want to ensure that the world is aware of the transaction to protect against the author or publisher licensing or mortgaging the same rights a second time.  (This is the same concern that the company that leases you your car or the bank that gives you a mortgage loan for your house will have in connection with those other kinds of property, and recordation of those transactions ordinarily takes place in a state office where the borrower or licensor lives.)  The Recordation Section of the Copyright Office will accept documents reflecting exclusive licenses or mortgages in copyright rights, putting them on the public record to protect the rights of the licensees and lenders. (For obvious reasons, non-exclusive licenses need not and generally cannot be recorded.) The information put on file and maintained by the Recordation Section becomes part & parcel of any in-depth search, the sort you’d want if had a big-money project on the line.

While not an everyday activity for the vast majority of copyright rightsholders, recordation brings certain benefits to those few who do use it:

“Under certain conditions, recordation establishes legal priority between conflicting transfers or between a transfer and a nonexclusive license.

“Recordation establishes a public record of the contents of the transfer or document.

“Some courts have held that a security interest in a registered work must be recorded with the U.S. Copyright Office in order to perfect the creditor’s interest.

The main —and important —business of the Recordation Section is to process, file, put on the public record and later retrieve as necessary official documentation of significant copyright events – in an old usage from real estate, to record them. Such events include:

Finally, copyright wonks everywhere have cause for (muted, murmured) rejoicing: the Copyright Office is currently in the midst of an Electronic Recordation Pilot. As announced in April 2020, this “limited pilot” bears the specific goal of developing and testing out “an electronic recordation system that will eventually replace the current paper-based process.”  In other words, the project includes the worthy aim of making the recordation process more efficient as well as more transparent to the public. (Termination notices, however, are not part of this pilot.) If the largely unheralded recordation process, the back of the back office, can be streamlined, and its results made more accessible to the general public, it seems to me that can only be to the good.

A full report on the pilot will be released upon its completion, likely within the next 9 months.

Recordation is an important, albeit arguably underutilized, component of the US copyright system, and perhaps with a streamlined — and less paper-based — modernization to the system, more members of the public with enjoy its benefits.