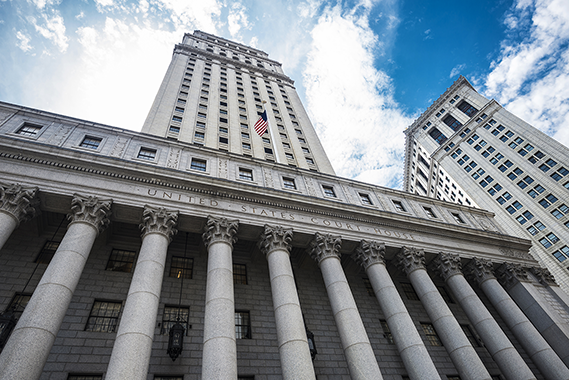 New York State has created a right of publicity for certain deceased NY residents (“performers” and “personalities”) that can be enforced by the deceased’s heirs (or beneficiaries under the will), effective for deaths on or after May 29, 2021. The new statute is New York Civil Rights Law section 50-f. A post-mortem right of publicity probably sounds a little odd until you remember that famous people’s fame can, and usually does, outlive them for some period of time, making it ripe for opportunists to lay claim to the person’s image, voice, persona or other attributes for commercial uses. New York has now joined more than 20 other states in ensuring that the famous person’s heirs (or other beneficiaries if identified in the will) can protect and enforce the right (or transfer it to another) for 40 years after the person’s death – that is, until most of the likely publicity value is presumed to have dissipated. (New York already protected the right of publicity of living people.)

New York has probably been the most prominent hold-out state in enacting such a right. California’s statute became effective in 1915; Tennessee’s was enacted to create Elvis Presley’s post mortem right of publicity when he died in the late 1970s. In fact, when Marilyn Monroe died as a purported New York resident in the early 1960s, California, where she was born and happened to be when she died (of an overdose), enforced New York law and denied (until recently) her heirs any right of publicity applicable after her death.

As the center of the trade publishing and news publishing industries, as well as the center of many other media (including advertising), New York has long resisted enacting a post-mortem right of publicity in large part in the name of freedom of the press and general First Amendment rights. However, the development of the Internet has expanded pressure on the state to provide some protection to residents from others’ exploitation of their hard-won fame shortly after their deaths. Partly as a result, it seems, of the recent development of “deep fake” technology (the subject of another section of the same legislation), as well as of the ability to “recreate” famous performers as holograms, New York has now gone along with the crowd of other states . . . but with a lot of explicit First Amendment-oriented limitations.

First, New York’s 40-years-post-death term of protection is relatively short (compared to California’s 70 years and some other states’ terms running as long as 100 years). Second, the right of publicity can be enforced by the heirs only against others who make unauthorized commercial use of a deceased personality’s name, likeness, voice, etc. or who make use of a “digital replica” of a deceased performer in a way likely to deceive. Third, bowing to New York’s active concern about art and publishing, the following uses are among a group that specifically do not infringe the right of publicity: (1) use in a literary, musical or art work, (2) use in a work of political, educational or newsworthy value, and (3) use in a news or sports program or political campaign. Finally, there are other details in the statute that limit the right in various ways and that distinguish between “deceased personalities” and “deceased performers.”

Now that New York, the last state that the entertainment industries were particularly focused on having add a post-mortem right of publicity, has done so, we will soon see whether all the “freedom of speech”-related limitations that the state has put on the right (compared to other states) will alter the general trend there in favor of fairly liberal use of references to famous, but now dead, celebrities.