History of CCC and Relevance to the Texaco Case 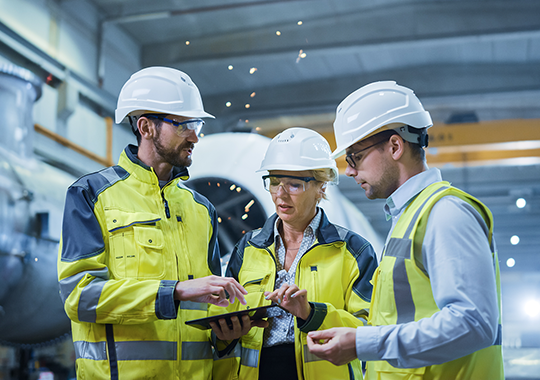 As I wrote in my earlier posts here and here, Copyright Clearance Center (CCC) is pleased to offer a new ebook, “Creating Solutions Together: Lessons to Inform the Future of Collective Licensing.” We published it to introduce some of the “whys & hows” of collective licensing, the general origins of collective licensing as a business model, and specifically how CCC was established to help licensees access high-value content while ensuring appropriate remuneration back to publishers and other rightsholders. You can read and download the ebook here.

With that goal in mind, CCC asked three leading copyright and licensing experts, Lois F. Wasoff, Mark Seeley, and R. Bruce Rich, to contribute essays. Our featured essay today, and the last in this series, focuses on Rich’s contribution, “History of CCC and Relevance to the Texaco Case.”

R. Bruce Rich was a senior partner in the international law firm Weil, Gotshal & Manges LLP, where he headed the firm’s intellectual property and media litigation practice for more than 30 years through 2019, when he retired. He began serving as outside counsel to CCC in 1980 and continues in the dual role of advising counsel and Board member. During his tenure at Weil, Rich successfully litigated leading cases in the copyright, trademark, First Amendment and antitrust fields, a number of which have helped shape the legal landscape. Rich has lectured and taught actively in his fields of expertise, and in 2018 delivered the annual Horace Manges Copyright Lecture at Columbia Law School. He serves as Chairman of the Board of Directors of EL Education, Inc.

Rich’s essay weaves the founding story of CCC in the late 1970’s, when the concept of a centralized “clearinghouse” for article and chapter permissions emerged out of many Congressionally-sponsored discussions among the various interested parties. Residual ambiguities about the permissioning required under the 1976 Act led to a highly publicized case which was brought by six scientific and scholarly publishers against a very large US-based corporation, Texaco. Texaco had opted not to take CCC’s repertory license, instead relying on its own notion of ‘fair use’ and sporadic permissions licenses acquired through CCC’s Transactional Reporting Service (TRS), a practice the plaintiff publishers considered wholly inadequate in light of the substantial amount of actual copying and distribution.

In brief: The oil & gas giant subscribed to a large number of relevant STM journals, mostly in single subscriptions. When a journal issue arrived each month, the corporate library would route it to several scientists, some of whom would photocopy articles of interest and then pass the issue to the next person on the routing list. In this way, systematic distribution to scientists and routine and unlimited photocopying were being used to replace subscriptions to those journals. The publishers alleged infringement and Texaco defended on the basis of fair use saying, among other things, that its practice (systematically making photocopies instead of buying as many subscriptions as the company actually needed) was in fact quite common among research-intensive companies in American industry. Then-U.S. District Court Judge Pierre Leval of the Southern District of New York held that Texaco’s practice was not in fact fair use, but constituted infringement, and his decision was affirmed on appeal by the U.S. Court of Appeals for the Second Circuit. During the time that Judge Leval was hearing the case, he also published his famous Harvard Law Review article articulating “transformative use” (in contrast, for example, to “mere copying”) as a concept to be taken into account in the course of a judge weighing the Copyright Act’s four factors for determining fair use.

As Rich’s essay explains, CCC was not a party to the case but its licensing services were discussed in both courts’ opinions in favor of the plaintiff publishers. In short, the availability and convenience of CCC’s services, and their adoption by so many companies in Texaco’s position – including Texaco’s own, if insufficient, use of TRS – made it clear that Texaco’s systematic reproduction of articles had a significant effect on the market for the publishers’ copyrighted materials. And that negative effect shifted the fourth fair use factor particularly heavily in the publishers’ favor and away from a finding of fair use in Texaco’s favor.

After the final resolution of the case in favor of the plaintiff publishers (which included a substantial settlement payment), and given the clarifications brought by the courts regarding the application of fair use reasoning in the corporate context, two principles of copyright law were affirmed: 1) that voluntary collective licensing is an effective mechanism to protect copyright, and 2) that the application of fair use reasoning has strict limits in the commercial sphere.

“…CCC’s core mission was validated by the decision. No longer could fair use proponents make the facile argument that they faced a binary choice of buying subscriptions for each employee or foregoing socially productive (albeit slavish) copying of copyrighted materials. As Texaco established, there is a third option, which is a win-win for copyright law: continue to make the desired copies, in return for licenses, whether one-by-one from the rightsholders or “in bulk” through a market intermediary like CCC. It is no exaggeration to suggest that the license programs that have been continuously developed and implemented by CCC have rationalized copyright law, minimized repetitious fair use disputes, and enabled lawful commerce in copyrighted works in myriad market settings.”