Food Companies in Crisis: What Happens and How to Prevent It 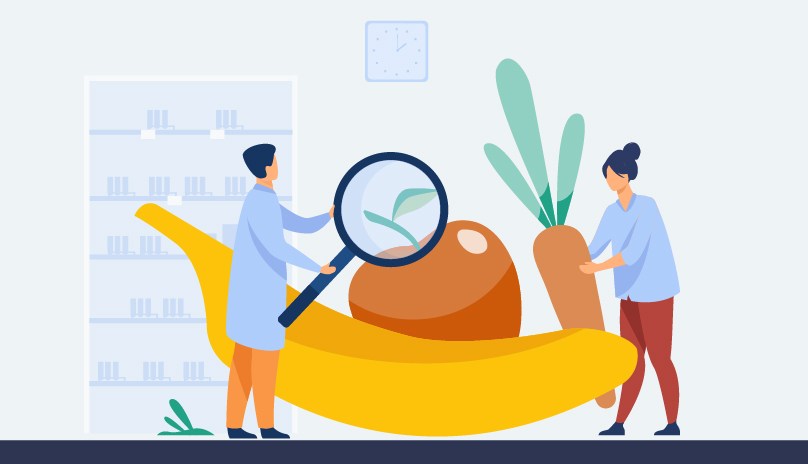 Food scares have been happening since the food industry began. Whether arsenic in rice-based baby food, acrylamide in snacks, or the release of a book by Upton Sinclair on the meatpacking industry, there will always be unexpected situations that challenge even the most experienced institutions’ ability to react quickly. In this blog, I will be telling you about my experience with food safety disasters, how organizations typically respond, and how these crises might be averted in the first place. Read on for ideas about what you can do to prevent these crises from happening, and a game plan of what to do when something does happen, because it almost inevitably will.

In 2002, a group of researchers at the University of Stockholm discovered that high acrylamide levels were present in cooked, starch-based foods like potato chips. After delivering their findings to the Swedish National Food Administration, the alarm was sounded. The news was devastating to snacks in European and Asian markets. Potato snack companies experienced falling stock prices, and in-store potato snack purchases in Sweden and bordering countries were reduced by over 50%. In the United States, the findings had a minimal effect initially. However, three years later in 2005, a lawsuit by the California attorney general was leveled at my company, Frito Lay, as well as a few other large snack companies. As a company with a sizable portion of their portfolio in snacks, and not wanting to risk a recall, this was not something we could wait to play out. We needed to get ahead of it and understand what was going on.

What Happens in a Crisis?

In the first 24 hours, companies, media, and regulators will all scramble to understand what the risk is and what is being done about it. The media will search for any fatalities or injuries that could be linked to the product in question. The regulatory agencies will be doing their own research to understand what threat there is to the public. They will also be in touch with the food companies for additional information with the implied threat of recalls and/or fines. The CEO will often work directly with internal teams such as the food safety head, research team, and PR director to understand and craft proactive narratives. They will want research studies and hard data to support their plan of action.

It is important that the companies be the first to respond to both the media and the regulatory bodies. They will need a narrative for the public, a more detailed hypothesis of the actual threat for regulators, a plan of action, and a preponderance of supporting research data. Having fast access to both internal and external research and the ability to quickly search and sort is essential.

After the threat to the consumer is assessed —and it is often not black and white—a plan of action will be mandated by the regulators or, more often, self-imposed by the companies. If the threat is great, there could be a recall, as happens several times a year with salmonella-tainted produce. A more likely scenario is that more research will be commissioned to further understand the danger and move to remedy it, which can take years and cost millions of dollars. In the case of Frito Lay and acrylamide, we agreed to a fine, and to reduce the levels of acrylamide below a certain threshold. Over the following year, this became a top priority, with Frito Lay going above and beyond the mandate with innovations to ensure consumer safety. While I am not sure how much Frito Lay ended up spending, similar companies were known to have spent tens of millions of dollars on this mitigation research.

Whether the threat ends up being real or perceived, companies will innovate around how to address the underlying issue. In some cases, like partially hydrogenated oil, companies had already been working on alternative shelf-life extension technology and the shift was relatively painless. In other cases, like with acrylamide, the research was not obvious, and it took many years for solutions like acrylamide-reducing yeast to hit bread and asparaginase for chip products.

Gather as much research as possible. Search broadly for every article and academic journal. Leave no stone unturned. Make sure you have a robust system in place by which you can access and license research from not only food and beverage sources, but adjacent medical and chemical industries as well. The ability to dig for similar articles by search term and tags is extremely important. Having the right content is only half the battle; being able to find it when you need it is the real challenge.

Cyclamate was a very useful artificial sweetener with wide international distribution and use before a late 1960s study caused the FDA to revoke its GRAS status for potentially causing cancer. All the research later proved there was no link.

In the early 2000s, there was a provocative study of aspartame on lab rats that suggested it might cause cancer. Although not as sudden as the acrylamide situation, there was no small concern among beverage companies as to their substitute sweetener drinks. However, additional research found that aspartame, outside of elephant-sized doses, is benign.

There are many other examples, but the point is that there is high urgency to get as much research on the issue in order to respond in an informative way to company leadership and outside regulatory bodies and influencers.

How to Prevent a Crisis in the First Place

The easy answer is: don’t miss anything! But how do you do that, or at least make the best effort you can? I recommend investing in the most robust search tools you can. No company wants anyone to get hurt, but they often don’t have the best content management systems or tools needed to understand all the cutting-edge innovations across industries. This must change. The cost to arm researchers, particularly in food safety, is paltry when compared to the cost of a food crisis. Comprehensive access to research might potentially prevent a crisis from happening. In addition, your food safety specialists will sleep much better and thank you for the peace of mind.

Make collaboration and the dissemination of research easy and compliant across your organization. Many hands make light work, and many eyes are more likely to catch something obscure. In addition, there is a strong argument that the innovation benefits of cross-organizational sharing, just by themselves, cover any associated costs. However, to my topic, the value of not missing something important is well worth the investment.

Hopefully, your company will never experience a food crisis. But, when it comes to safety, preparing for the worst and setting yourself up for success is the way to go. Invest in tools and technology that allow you to collaborate and work swiftly across your organization. Responding quickly with data and case studies will help your leadership understand the risk and make the best possible strategic decisions.