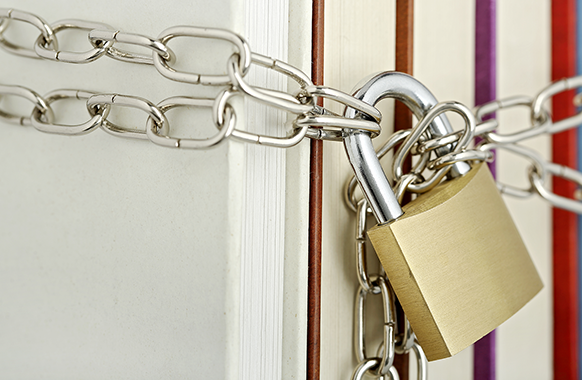 Editorial Note:  Many commenters have weighed in on the recent decision to withdraw six books from the Dr. Seuss catalog from further publication. In keeping with our focus here at Velocity of Content, CCC’s own Frederic Haber has written the following essay about the specific copyright and literary inheritance aspects of this action, which we hope our readership will find informative. For additional perspectives, see our post “Six Seuss Titles “Hurtful and Wrong” in which Chris Kenneally discusses some of the questions about the decision to withdraw the Seuss books in an interview with Andrew Albanese of Publishers Weekly.

Readers of this blog will by now have heard about the recent decision of Dr. Seuss Enterprises (DSE) to remove from further publication a total of six books by the beloved Dr. Seuss (pen name of Theodor Seuss Geisel, 1904-1991). This decision was taken in cooperation with Seuss’s longtime publisher, Random House.

It appears that DSE functions as, in effect, a literary trust (perhaps organized as a corporation for tax or ease-of-management reasons). There’s also something called a “literary estate” that is similar. I’ll discuss both below. In either case, however, what’s important from a copyright perspective is that the entity has all the rights of the original author (or of whichever copyright holder placed the assets into the trust or estate) to administer the copyright rights as it deems fit, and that DSE’s decision to remove the books from further publication was a very typical decision for a copyright holder whose views have changed over time.

When people die, no matter how poor they may be, they leave estates, although perhaps very small ones. For most of us, that’s the real property (houses, etc.), personal property (jewelry, household goods, Grandma’s photographs), and intangibles (like cash, stocks and bonds, and even ownership of a private business) that we own at the moment of our death. If you leave a will, then you tell your executor – the person you have appointed in your will to fill this role – what to do with all that stuff and, mostly, it then gets divided up among your heirs (kids, relatives, friends and charities) as you directed your executor to do until there is nothing left. If you die without a will (referred to as “dying intestate”), then the law provides that a court will appoint the administrator of your estate (who is most often a public official who does this for a living) and the administrator will divide up everything among your heirs (including keeping a fee for himself) in accordance with the rules set out in the law and regardless of your wishes. Again, the process results in everything going to someone else in appropriate shares – including the taxman, if applicable – and it continues until everything is gone and your estate is formally closed. An ordinary estate – barring any contests from dissatisfied heirs – will usually close within a year.

Even if laws are clear, real life is sometimes messy. As it turns out, there’s a substantial subset of people who have assets that are not easily addressed by a will or the rules of intestacy. In the present context, that includes authors whose works are still generating royalties or have significant reputations that the author would like to see protected after they die. That is often best done by creating a single entity to administer those assets in the interest of designated beneficiaries rather than dividing them up immediately among the surviving heirs or other relatives.  If the author is foresightful enough, while she is living she will often assign her copyrights – and the royalties they generate – to a trust, called a literary trust, which is a legal entity which will outlive her. Alternatively, the author can create by her will a “literary estate” to be administered by a “literary executor” separate from the rest of her estate (house, jewelry, etc.), which will have its own executor. If the author takes either step, then either the literary trust or the literary estate will end up with the copyright rights . . . and the royalties they generate. While the author can designate other purposes or give guidance to the executor or trustee as to her desires for how the literary works should be administered, the goal of the literary trust or the literary estate is ordinarily to maximize the value of the assets for as long as they last, for the benefit of the named beneficiaries. However, “maximize” does not necessarily mean “maximize the cash value today” because the reputation of the author (and the beneficiaries) matters, and it is possible, as with the exploitation of any asset, that making less money from an asset now may increase its money value (or the reputation of the works or the author) later.

A literary trust, like any other trust (or even like a foundation), will be administered by a trustee or a board of trustees. The author may appoint herself to act as trustee while she is alive, and the trust document will identify how “successor trustees” will be appointed. The trust document will also identify who the beneficiaries are of the trust. This may be family, friends, one or more charities, or someone else … who will receive distributions from the “profits” that the trust generates. Ordinarily, an author will identify herself as a beneficiary, potentially the sole beneficiary, of the trust while she is alive, and then appoint successor beneficiaries for as many generations as the author chooses (grandchildren following children who die, etc.).

All states have laws about how long trusts and estates can remain “alive” after they are created, but to my knowledge no state’s rules set a shorter time for the life of a properly-created trust or of an operating estate than copyright law sets for the life of a copyright. In some states, limitations on the lives of these entities have even been abolished. So literary trusts and literary estates can remain alive for the entire term of copyright – the assets with which they have been funded. It should be noted that both the state and federal governments tax both trusts and estates on the income they receive, and the rates can be fairly stiff.

Bear in mind, too, that all states impose fiduciary duties on trustees of trusts and executors of estates (literary or otherwise). Thus, while trustees and executors are entitled to be paid for their work (and, often, an individual trustee or executor will hire other professionals to do the actual work), they administer the trusts and estates in their care for the benefit of the beneficiaries (including any charities), and they may be sued, including by the government, if they fail in their duties or otherwise violate the law.

What Dr. Seuss Enterprises Has Done with the Six Books Is Not Only Typical but Probably Necessary in the Circumstances

Having laid out all that background, we now come to DSE – which, for these purposes, we have to assume is essentially a literary trust because it was created during the lifetime of the author or his wife, and that the Seuss literary assets were put into it by one or both of them. We also don’t know who the beneficiaries are, although they presumably included Mr. and Mrs. Geisel while they were alive. There are successor beneficiaries, which may be the Dr. Seuss Museum in Springfield, Mass., or other charities, or may be nieces and nephews or virtually anyone or any organization; Mr. and Mrs. Geisel had no children together.

As a side note, we don’t know whether DSE is actually organized as a trust because its operations are private. However, even if DSE is an ordinary corporation dedicated to managing the Seuss literary assets for as long as they exist, then all the above still fits – because the “beneficiaries” of the corporation (its shareholders, presumably) would still want to see this kind of “maximization” of the assets (including maintaining the high reputation of Dr. Seuss in order to maintain the value of the corporation into the future).

The folks who run DSE, like trustees, are charged with a fiduciary duty toward the beneficiaries of the trust (even if they are technically shareholders of a corporation). When it became evident that some of Dr. Seuss’s early works reflected badly on Seuss’s reputation (the Dr. Seuss “brand”, one might say), on the reputation of DSE, and perhaps on the reputation of the beneficiaries, they were faced with a decision – like the one that Theodor Geisel would have been faced with, were he still alive. And that was whether to continue to make money from works that many perceive as disrespectful toward so many of the people and causes that he chose in later life to try to respect. In this case, the decision was made that, therefore, DSE would stop selling certain of Dr. Seuss’s early works in order to fulfill the spirit of his later life and works.

To be clear: DSE is not seeking the removal of these older works from libraries or from used bookstores and in that way is not seeking to obliterate them from the world – they will continue to exist, and parents will continue to read them to their children. Instead, DSE is saying that, as a matter of choice in fulfilling the mission that they believe Dr. Seuss intended to carry out toward the end of his life, it is choosing to no longer make money from these works and that, in due time – in the case of the oldest of these books – people will see them “new” again only when the copyrights begin to run out in 2032.***

The idea propounded by some that, if DSE doesn’t want to make money from the copyrights, then DSE should voluntarily place them into the public domain so that others can publish them, is absurd. That is because DSE is making the choice to stop selling new copies of these books because they would harm the reputation of Dr. Seuss in the social environment of the 21st century (because they do not reflect the man he became later in life). Harming the value of the trust (as well, perhaps, as the value of all the other works still being published) in this way by allowing anyone and everyone – including people with whom Theodor Geisel might have disagreed – to publish the now-withdrawn works, would be directly contrary to the fiduciary responsibility that DSE carries towards the works and towards the beneficiaries of the trust (including maintaining Dr. Seuss’s reputation in the 21st century).

*** Because Dr. Seuss’s books were registered for copyright on a timely basis and their registrations were likewise renewed on a timely basis, and the ones in question were all published before the effective date of the Copyright Act of 1976, their copyrights will run for 95 years (because of the anomalies created by the transition rules between the Copyright Act of 1909 and the Copyright Act of 1976). As each copyright on the works that DSE has withdrawn from the active sales market runs out of its 95 years (starting in 2032), those books will probably come back on the market, published by others because the copyright in them will have passed into the public domain due to their terms having expired, and DSE will have nothing to say about it.***

Please Note: While I’ve used an informal tone in this blog post, readers should be mindful of the fact that trusts and estates law, as well as copyright law, is a serious business. If you have questions about either, be sure to consult an attorney.