“You Can’t Do That”: The Beatles and Infringement Issues 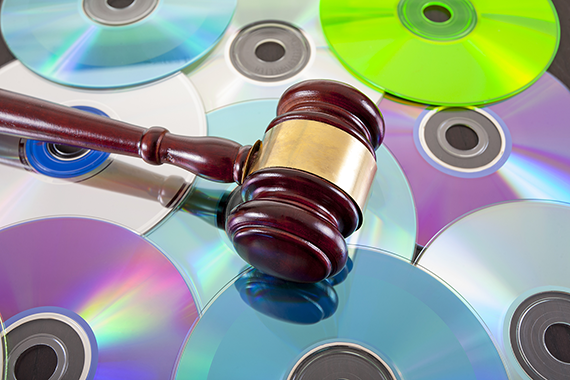 Part II of a post about the nexus of The Beatles and Intellectual Property, primarily copyright. This post focuses on questions of alleged infringement of musical works, and how those questions were resolved. It touches upon fair use, alleged (or subconscious) plagiarism, and parody.

In my first essay for the Informed Librarian Online, I highlighted several of the times the Beatles (and later, their creation Apple Corps ) were innovators in the domain of intellectual property (IP). For this round, I thought I would focus on a whole ‘nother aspect of copyright (as illustrated by vignettes concerning The Beatles), this time focusing on questions of infringement.

Copyright infringement occurs when someone —or some corporate entity—misuses a copyrighted work (and that copyrighted work is still being managed by its creator or another rightsholder, such as the work’s publisher). Many small infringements go without notice or are not followed up on; but the copyright holder has the right to complain and, if they choose, to take the matter to court. As with any court proceeding, the desired result is not guaranteed to either side in the dispute — facts have to be substantiated, arguments made and the case proved, and the court needs to come to a decision.  Multiple defenses against a charge of copyright infringement are possible, including “It didn’t happen,” “It wasn’t me” and (in the US) “What I did should be excused due to the fair use doctrine.”  “Fair use” is, basically, a legal defense framed by the four-factor test as expressed in Section 107 of Title 17 of the U.S. Code (the U.S. Copyright Act) and the body of court decisions that have been built around it.*

*Note: This is a painfully compressed allusion to the wide-ranging operation of fair use, but I am not going to try and go through the doctrine in any detail here. For a reasonably descriptive —but still very introductory  — overview (for non-lawyers), see “The Fair Use Rule,” a blog post by Richard Stim posted at NoLo.com.

However, before talking about some infringement issues that came up for the Beatles (and the post-Beatles), I begin by mentioning the uses they made of “other people’s music” which were not infringements: cover versions. In music, a “cover” is a licensed re-recording of a track which has already been recorded and released by someone else – usually the original artist, who may also be the writer of the music and lyrics. Early in their career, the Beatles performed and recorded a couple of dozen covers, sometimes very memorably (“Twist and Shout” is the best known among these) and sometimes not so much (“Besame Mucho” or perhaps “Red Sails in the Sunset“) . The industry practice of covering songs is a licensed activity – basically, the label pays a license for each cover it releases.

*Note: I fully admit to my bias concerning this case. Harrison was robbed, in my view. But readers/listeners should come to their own conclusions; I’ve been wrong before.

And now for something completely different . . .

Would-be parodists might also, however, consider the wisdom (and experience) of Master parodist Al Yankovic on this point:

“[Q] Does Al get permission to do his parodies?”

“[A] Al does get permission from the original writers of the songs that he parodies. While the law supports his ability to parody without permission, he feels it’s important to maintain the relationships that he’s built with artists and writers over the years. Plus, Al wants to make sure that he gets his songwriter credit (as writer of new lyrics) as well as his rightful share of the royalties.”

“Mailman, Bring Me No More Blues”: Earlier, I wrote about copyright as a species of “intellectual property,” a term which implies ownership and control. Allegations (and court actions) of copyright infringement are where the rubber hits the road, legally speaking — the party complaining of infringement seeks to enforce its right in its work. A defense of fair use essentially argues that the use made of the work, while not specifically authorized, ought to be excused for reasons that a court is authorized to accept within the legal confines of the defense. In the examples I drew on above, The Rutles’ parody use of underlying Beatles works would be the clearest situation calling forth an invocation of fair use — if it had ever come to trial. The Beatles and ex-Beatles themselves made different claims when the question of “borrowing” musical expression came up. Lennon asserted  (implausibly in my view) that ‘Come Together’ was unrelated to “You Can’t Catch Me.” George Harrison said that the similarity of his track to that of the Chiffons was entirely coincidental.

On the other hand, in my final example, McCartney’s subconscious* borrowing (if the older song were admitted as an influence) sounds like, perhaps, there was not enough “diligence” in his informal due diligence.

Famously in Beatles lore, the tune and chords for “Yesterday” (original working title:  “Scrambled Eggs”) came to Paul McCartney in a dream: “I was living in a little flat at the top of a house and I had a piano by my bed. I woke up one morning with a tune in my head and I thought, ‘Hey, I don’t know this tune – or do I?’ … I went to the piano and found the chords to it, made sure I remembered it and then hawked it round to all my friends, asking what it was: ‘Do you know this? It’s a good little tune, but I couldn’t have written it because I dreamt it.”  Specifically, McCartney asked EMI producer George Martin (who was the Beatles’ designated “grown up” and a person with an extensive knowledge of jazz and classical music if it was an old, well-known composition. Martin answered in the negative. Decades later (2003) a group of musicologists argued that they had identified a potential underlying work: “Answer Me, My Love,” especially the arrangement and recording of it released by Nat “King” Cole in 1954. This influence may have been a case of what the judge in the Harrisongs case memorably termed “subconscious appropriation“: [ “George Harrison’s ] subconscious knew it already had worked in a song his conscious mind did not remember. … This is, under the law, infringement of copyright, and is no less so even though subconsciously accomplished.”*

*Note: Perhaps it would be  better if judges strived to avoid  attempts at mind-reading in such circumstances;  I don’t know what was in Harrison’s mind, nor in McCartney’s while they were composing and arranging their pieces. Absent direct evidence, I remain skeptical that any judge could either. Speculatively, I wonder if Paul McCartney ever asked his father, a club musician who played jazz trumpet, if the senior McCartney recognized the tune?

If there are any copyright lessons to be gleaned through these vignettes, I would guess that the primary ones are: music is a tough business, be careful out there, always be prepared to defend yourself if your music sounds in any way like someone else’s — and, always respect copyrights.