Trademark: What’s In it for You? 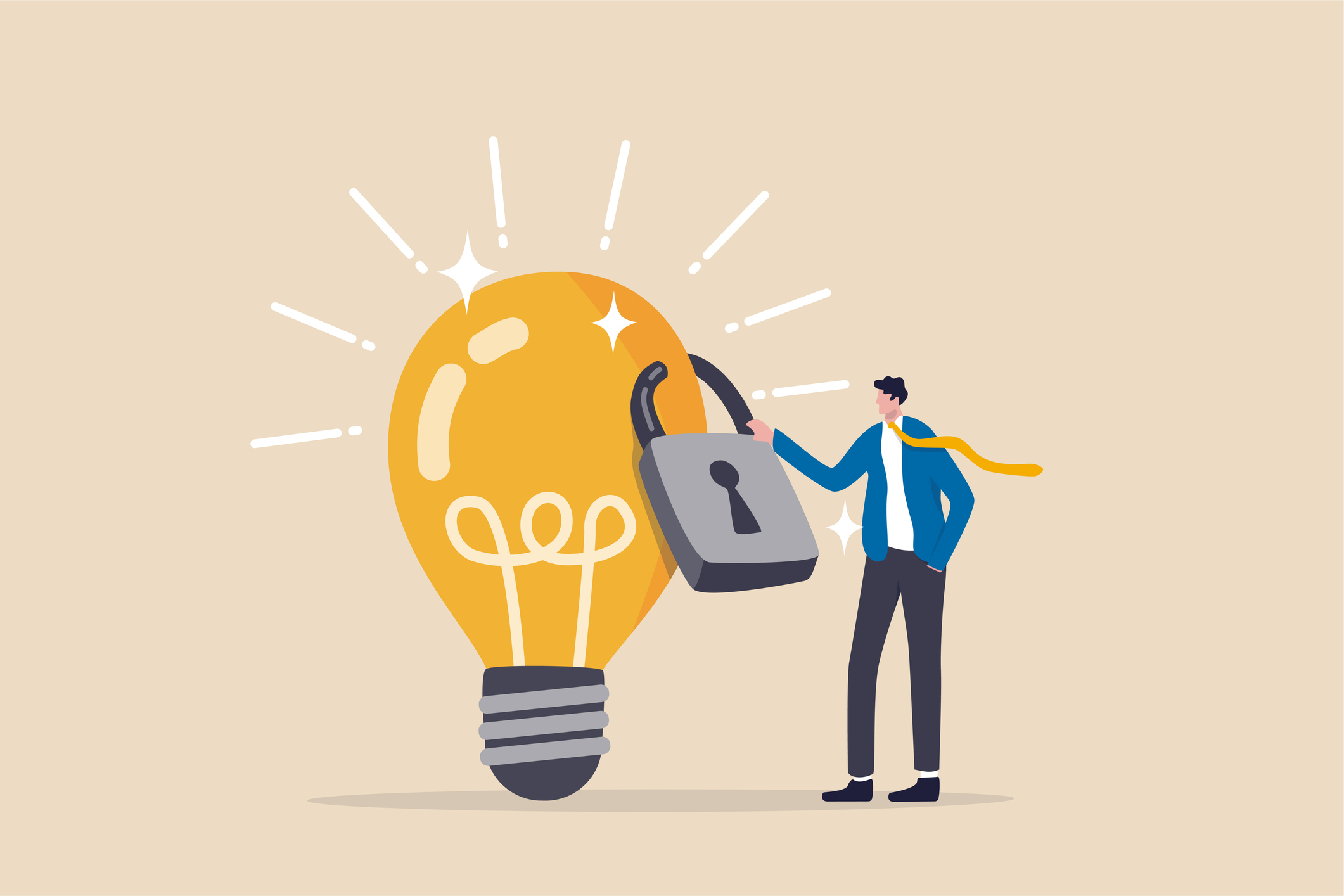 As readers of Velocity of Content know, the US has had a copyright statute on the books since 1790, following closely on the heels of the (then) freshly minted copyright and patent clause in the Constitution. But trademarks are not mentioned in that foundational document. This blog has already discussed the differences between copyright and trademark– which are, unfortunately, too frequently confused as two alternative ways of protecting non-technical IP. See discussion at this blog for a longer discussion of the differences.)  I think it’s worth taking a little time here to further clarify – at least in my own thoughts – the role trademarks can play in protecting certain kinds of creative work, and talk a little bit about why currently-small-but-ambitious creators (I’m thinking, for example, of originally obscure, but now-prominent YouTubers such as the Green Brothers) should pay attention to them.

First, a brief reminder of the roles of copyrights and patents in order to distinguish them from trademarks: Copyright exists to protect works of creative expression; creators of copyrighted works are referred to in the Constitution as ‘authors’, although copyright covers many non-writing related works, such as music, software, and works in both the two-dimensional and three-dimensional visual arts (extending all the way to architectural works). Patents are granted for inventions which (among other things) must be useful (regardless of their creativity), and the Constitution speaks of them under the rubrics of ‘Inventors’ and their ‘discoveries’. Both copyrights and patents are creatures of federal law in the United States; that is, a patent does not exist until it is issued by the U.S. Patent and Trademark Office (after a rigorous review process), and you cannot protect a copyright in court against infringement unless you register it on a timely basis in the U.S. Copyright Office, after what amounts to a much lighter review process.

In contrast, trademarks in the United States —in some instances referred to as service marks or trade names—are created by use by a person “in commerce”; technically, no government approval is required.  And “commerce” does not have to mean “for-profit business”:  for purposes of trademark law, charities and universities are conducting “commerce”, government agencies are conducting “commerce” (even secretive government agencies), and, yes, creators of copyrighted works (like authors, musicians and artists) are conducting commerce, as long as the person or organization seeks to present its goods or services on a consistent basis to the public —and even if the trademark owner makes no money doing that “commerce.”  For these purposes, a trademark can be a word, a name, a logo, an image or a symbol —which can include a sound, a color or a smell, or any combination of them. Provided that the trademark is intended to identify its owner and the owner’s goods or services and provided that it is used consistently. In effect, so that it imprints on the consumer’s mind.  In short, the point of using a trademark is for its owner to distinguish his, her or its goods or services from similar goods or services available from another source.  For example, Coke and Pepsi are both carbonated soft drinks, both – at least originally — included flavors based on Kola nuts, and both are a caramelized brown in color. (See also: RC Cola, Polar Cola, Jolt!—and so on. ) But they are distinct products, made by different companies, each of which spends a lot of money advertising and protecting its own trademark. As well as the many other trademarks that each of them uses).

As a technical matter, the benefit of a trademark is supposed to be for the consumer.  That is, when a consumer sees a trademark she recognizes, it conjures up in her mind a certain level of quality or other characteristic that she likes (or perhaps doesn’t like) and that helps her make a decision about whether to buy (or avoid) the product or service bearing that trademark.  When someone infringes a trademark, the concern of the law – again, technically – is that the consumer may be defrauded by thinking that the trademarked item comes from the owner of that trademark and will be disappointed when its quality is not what the consumer expected – that is, it protects consumers from accidentally buying knockoffs or imitations.  The “consumer protection” aspect of trademarks has thousands of years of history; there is archeological support for the story of brickmakers in Ancient Egypt and Mesopotamia being required by law to apply a unique, personal mark to each brick made …such that if a brick wall were to collapse, the right brickmaker could be identified and punished.

On the other hand, as a practical matter, trademark owners and a lot of trademark law treat trademarks – mostly, but not entirely – as a kind of intellectual property belonging to the owner.  In the United States, that concept arose right from the beginning, as I recently learned:

In December, 1791, Secretary of State Thomas Jefferson responded by Letter (Government ‘Reports’ were shorter in those days) to a question from Congress about what we could clearly recognize (today) as a trademark issue (spelling and orthography as per TJ’s original)

The Secretary of State, to whom was referred by the House of Representatives the Petition of Samuel Breck and others, Proprietors of a sail-cloth Manufactory in Boston, praying that they may have the exclusive Privilege of using particular Marks for designating the Sail-Cloth of their Manufactory, has had the same under Consideration and thereupon REPORTS,

That it would, in his Opinion, contribute to Fidelity in the Execution of Manufactures to secure to every Manufactory an exclusive Right to some Mark on it’s Wares, proper to itself.

That this should be done by general Laws extending equal Right to every Case to which the Authority of the Legislator should be competent.

That these Cases are of divided Jurisdiction, Manufactures made and consumed within a State being subject to State Legislation, while those which are exported to foreign Nations, or to another State, or into the Indian Territory, are alone within the Legislation of the General Government.

That it will, therefore, be reasonable for the General Legislature to provide in this Behalf by Law for those Cases of Manufacture generally, and those only, which relate to commerce with foreign Nations, and among the several States, and with the Indian Tribes. And that this may be done by permitting the owner of every Manufactory, to enter in the Records of the Court of the District wherein his Manufactory is, the Name with which he chuses to mark or designate his Wares, and rendering it penal in others to put the same Mark to any other Wares.

Today, trademarks continue to be treated as “property” belonging to the person/organization applying the marks to its goods and services.  Unlike copyrights and patents, U.S. law (unlike the law in some other countries) does not require that a trademark be registered in order to be protected.  Failure to register makes it a little more complicated to prove a trademark infringement case but, if the facts support it, courts will tend to find in favor of the trademark owner.  To make it easier, first the states created trademark registration statutes (usually administered by the state’s Secretary of State) and then the U.S. federal government did so (see 15 U.S. Code sections 1051-1072, which include the responsibilities of the U.S. Patent and Trademark Office). However, state statutes are still relevant if the trademark owner conducts its commerce in only one state.  Both statues and the common law impose a variety of obligations on a trademark owner – whether the trademark is registered or not – but those obligations are consistent with what one would consider good business practice and therefore not overly demanding.  And it is for this reason that “small” creators of copyrighted works should, I believe,  at least seriously consider adding trademark protection to their toolbox of assets used in promoting their works.

If seems to me that, as more and more people incorporate their creative activities into business enterprises (LLCs and so forth) interest in establishing, and perhaps registering with the government, one’s trademarks (both words and logos) may rise.  Having recently set up my own little consulting company, I have gleefully (read: not gleefully) filled out several of these different forms myself – multiple applications for copyright registration, one for a business name, and one for a service mark.

I do like to think of trademark as copyright’s cousin, despite their being “separated at birth” by mean old Constitutional theorists and various scrivening bureaucracies (peace to them). Each represents a unique something about their creators, both offer a form of intellectual property protection – and neither is a “discovery” or invention. Each may bring economic values, as well as promotional or ‘social influencer value.’ And both are available – for a bearable fee – to individuals and small (teeny-tiny, but hopeful) businesses.

All I am saying, I guess, is: give trademark a chance.