Understanding the Role of Preprints & Postprints & The Version of Record 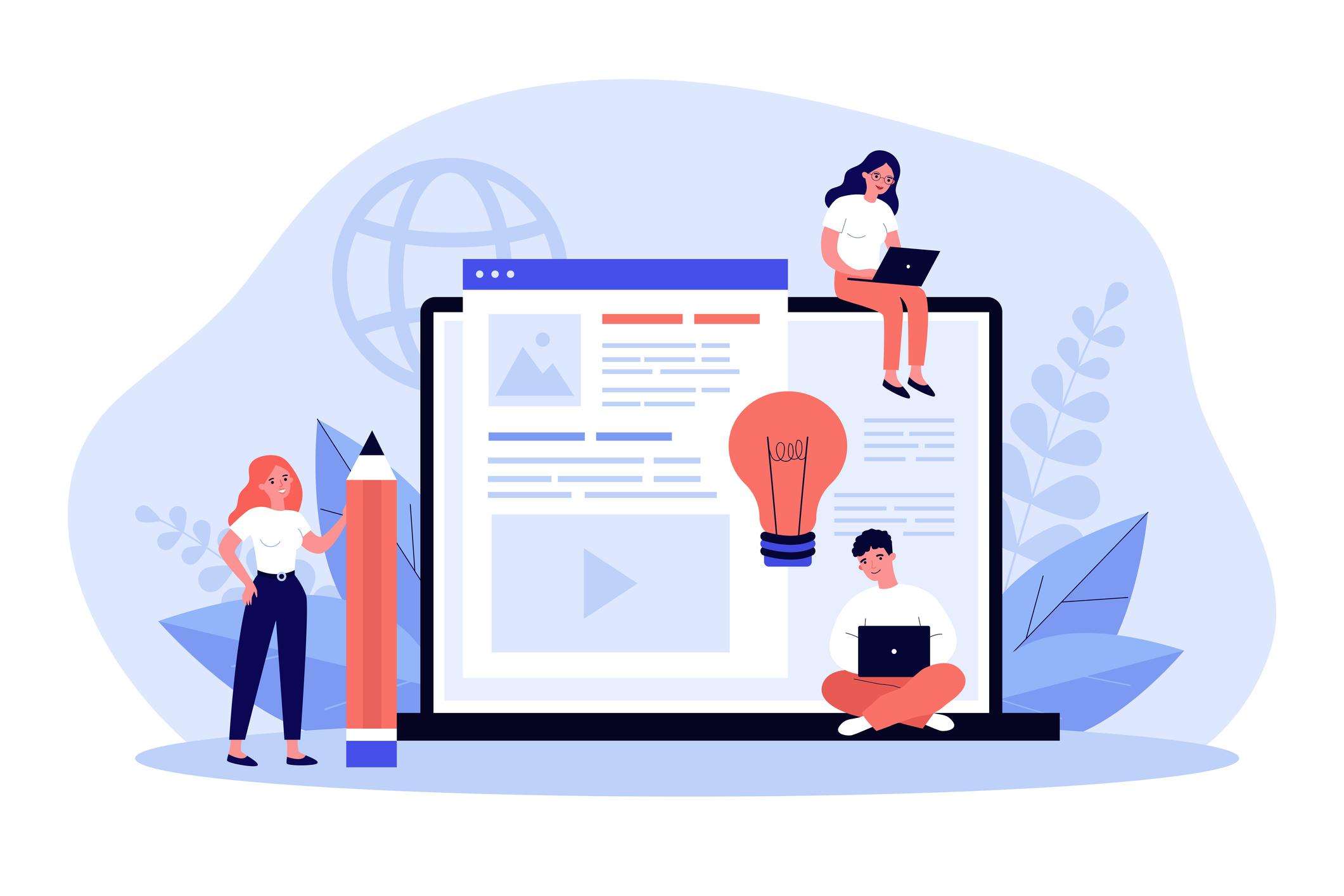 As with my earlier post on the overall role of peer review in the scholarly and scientific publishing process, for Peer Review Week 2022 we are reposting this series and including some updated information on the topics we covered:

An article in Nature Medicine suggests access to preprints might be good for patient outcomes. I am not so sure; another looks at how the role of preprints shifted during the years of peak COVID.

We note that readers and writers keep attempting to clarify the distinctions among Preprints, Post prints, and Final Versions.

Additionally, it may be tangentially relevant to these topics to note that the Copyright Office is looking at its Deposit Copyright Requirements as well as at its “Best Edition” requirements (because all of preprints, postprints and final versions probably qualify as registrable for copyright protection but, if they are very similar, only one should be filed, with an assigned registration date, in order to be the basis for an infringement suit).

In my first post in this series, we looked at the role of peer review in scholarly and scientific publishing, and the critically important “quality assurance”-style value it brings to the process. In this one, I am focusing on the “before”, “in process” and “final” versions of articles, which is to say, preprints, postprints, and the “versions of record.”

If you are writing and publishing in the biomedical or related fields, preprints may have been around longer than many readers may realize. Although informal research-sharing networks have been around as long as there have been networked computers, arXiv (from its beginnings in 1991, when it was known as LANL) is generally recognized as the oldest continuously operating preprint server.

On the other hand…

Note: Although some might expect to see Sci-Hub or LibGen also listed here as repositories of postprints, from my perspective they ought not be considered among legitimate services because they usually post materials without the permission of or notice to any of the author or the author’s institution or the publisher. Readers of this blog can, of course, weigh such issues for themselves.

A helpful graphic (via Wikimedia Commons, CC:BY 4.0) illustrates the relation among these publication statuses: 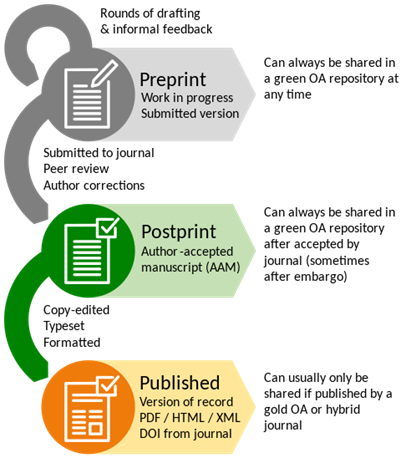 Both preprints and postprints can help advance more efficient scholarly communication and broader access to scientific outputs, both of which are core goals of the Open Access Movement. Comments and criticism of preprints, in particular, may serve as an informal supplement to editorial peer review.

The diagram above suggests a logical, well-ordered process. The real world is of course much messier. All this versioning and back-and-forth can lead — I suspect commonly leads — to some tensions and frustrations (and delays) with the work load this all entails among authors, editors, and publishers, each in their way seeking get top-notch research results published quickly.

Although, to most of us, having multiple versions of scholarly and scientific articles floating around might seem needlessly complicated, each of the three version types above serves a significant need: preprints get the word out fast; postprints signal the article has been accepted and scheduled for publication; and the version of record is the bona fide “contribution to the field” which serves as the ”certifiably” reliable and citable version for extending the body of knowledge on the topic.

In my next post, I will focus on the role of Replication (in scientific experimentation and publishing) and finish up with a brief look at Retractions.