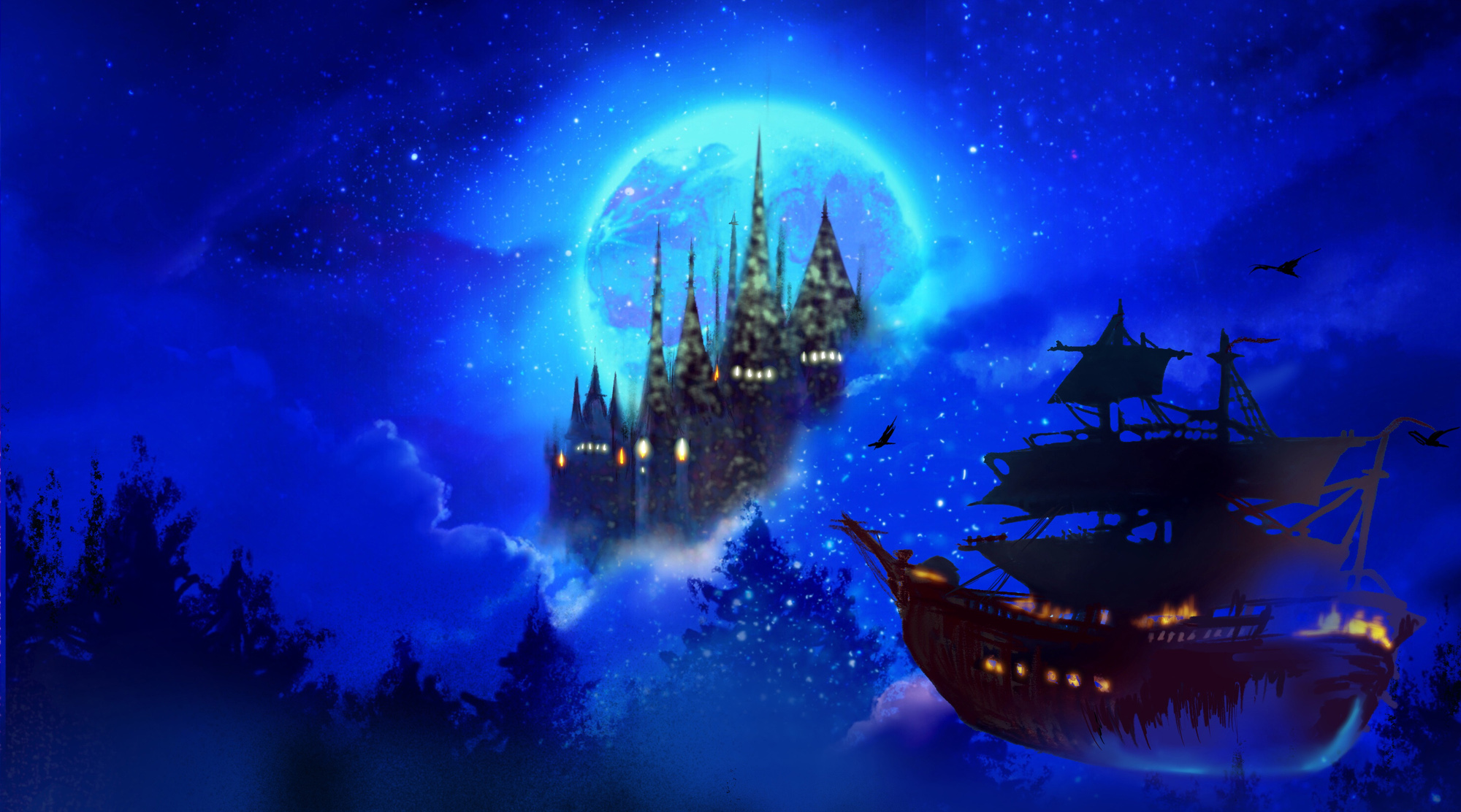 All copyrights, except one, expire.*

Preface: I wanted to learn more about the concept (and applications) of “derivative works” and adaptations under copyright law, and I was searching for a useful example that might also be interesting for readers of Velocity of Content to read about. At first, I was thinking of going with King Kong (1933 film and novel, 1976 film, and 2005 film and different novel) but those complexities were overwhelming. So I went with something at once more fun and less tragic.

Aside to the reader: I love Barrie’s original Peter Pan. I read it a least a dozen times – play and novel — when I was a young fellow, and again recently (Annotated Edition) . I also harbor nostalgic feelings for the 1953 Disney animated feature film, and I happily recall watching Mary Martin fly around the nursey on a rerun of NBC television’s airing of the live-action Broadway version. (There are other friendly Pan hobbyists out there, as I have learned.) So, were I to be accused of engaging in “fanboying” in writing this post, I would just own that. And yes, I verbed a noun. So sue me.

“Peter Pan” was a play before it was a novel, playing in the West End of London from 1904. The novel, however, was published before text of the play. Actually, the character was first alluded to in the text of a poem. [Confused yet? Just wait.]

When the copyright in the play was about to expire (1987), a special act of the UK Parliament extended it to . . . essentially, forever.  Just as the eponymous character, Peter Pan, is a boy who never grows up and never grows old, so too the copyright in his play will never die of old age, at least Never* (in the) Land where it was written.

*I confess that this is not an entirely accurate statement, especially in the UK. (For example, the Crown effectively controls the copyright on the Authorized Version/KJV translation of the Bible used by the Anglican Communion, such that its copyright may last as long as said Crown does.) But it is mainly, statistically accurate, and I really, really felt like including it here.

Speaking more strictly: The special act of Parliament (Section 301 of the Copyright, Designs and Patent Act 1988) extends a unique, limited form of copyright to the original Barrie play “forever” and grants it to a charitable foundation benefitting Great Ormond Street Hospital for Children in London; because this “copyright” affects rights solely within the UK, it does not affect the public domain status of the works in virtually all other countries.  It also does not permit the foundation to impose, even in the UK, any restriction (other than the payment of royalties) on performances of, or creation of derivative works from, the play.

As it turns out, although there have been many adaptations of the old play and novel, there has not been a book sequel to Peter Pan until quite recently. Well, not an authorized sequel, but let’s take one thing at a time.

In 1929, about 10 years before he died, J.M. Barrie, playwright and originating author of all things Peter Pan, assigned the copyright in his play and its novelization to London’s Great Ormand Street Hospital for Children. With this assignment, Great Ormand became the owner and legal controller of the rights in the play and novel Peter Pan. After Barrie’s death in 1937,  the hospital charity was confirmed as the sole rightsholder. As a consequence, until Disney’s animated feature of 1953, there were no sequels, adaptations, or other derivative works, with the sole exception of a (silent) film adaptation made of the play in 1924, released while Barrie was still alive and apparently with his cooperation.

1937: Barrie dies, and his assignment of rights in “Peter Pan” is confirmed in his will.

Whew. This is probably a good place to pause and explain the concept of “derivative works” in copyright.

As far back as the Berne Convention on Copyright (originally agreed to in 1886 by about a dozen mostly European countries and subsequently revised and acceded to by over 180 countries today), there have been legal definitions of the exclusive rights of the author to prepare “adaptations “ or “derivative works” under copyright:

“Translations, adaptations, arrangements of music and other alterations of a literary or artistic work shall be protected as original works without prejudice to the copyright in the original work”  Article II, Section 3.

These sorts of works are also described under US Copyright law, as articulated in the text of the 1976 Act (Title 17 section 101):

“A “derivative work” is a work based upon one or more preexisting works, such as a translation, musical arrangement, dramatization, fictionalization, motion picture version, sound recording, art reproduction, abridgment, condensation, or any other form in which a work may be recast, transformed, or adapted. A work consisting of editorial revisions, annotations, elaborations, or other modifications which, as a whole, represent an original work of authorship, is a “derivative work”.

The concept is explained in layperson’s terms by the Copyright Office in its Circular 14.

But, what qualifies as a “sequel” or an “adaptation,” and what does not? As is so often the case, details can be devilish. (Sprite-ish? Faery-ridden?)

There have been other sequels, prequels and takeoffs, but those are unauthorized; unless under charity’s arrangement with Disney. This is not to say that they are legally suspect. Their reuse of the underlying materials may (in theory) be excused under the doctrine of fair use, including parody, or what is increasingly referred to as ‘transformative use’ – a concept itself derived from the four fair use factors called out in Title 17 (Section 107). And the 1911 content reused in these works may actually be in the public domain already.

By way of conclusion, I see a number of potential lessons to be drawn from the Case of ‘Peter Pan and the Complex Copyrights. First, that a very old literary property can still be quite valuable; second, that different durations for copyright terms (here, UK vs US) may lead to some complex results; and third, that the forms derivative works may take – play, novel, film, audio drama, sequel, video game (and others as yet unknown) – are multitudinous.