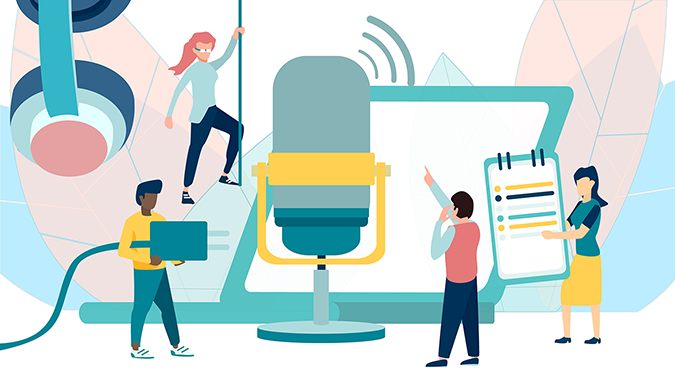 Our appetite for digital media is growing fast.

U.S. consumers 18 and older spend almost 12 hours each day engaging with media. According to a Nielsen report from February 2020, as options like streaming and podcasts mature, U.S. consumers are opting to add them to their daily routines instead of simply replacing the traditional fare.

Podcasts and other types of spoken word content are an especially rapidly growing category of streaming and downloadable audio. According to Spotify user statistics, 72% of all weekly Spotify users are millennials, with Podcasts making up 10% off all content that millennials listen to.

When the coronavirus pandemic began a year ago, it all but ended drive time, the prime time for podcast listening. Yet audience numbers soon recovered as podcasts – especially comedy – provided welcome distraction from the lockdown. “Every day now looks like the weekend,” Spotify said in a letter to shareholders.

As part of the RightsTech Track for this year’s virtual Digital Entertainment World, Spreading The Word: Rights, Royalties And Collections For Podcasts And Spoken Word Audio, looked at why comedians and other spoken word creators may be missing out on revenues in this growing marketplace and why even in 2021, managing rights and collecting royalties for spoken word audio remain unrealized opportunities. CCC moderated the panel discussion.