Is it Time for a DMCA Update? Senator Tillis Says Yes 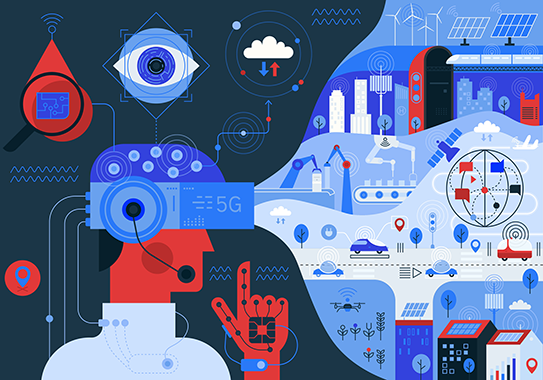 The negotiation and passage of the U.S.’s Digital Millennium Copyright Act (DMCA) was a remarkable achievement of its time. But that time was the 90’s, and the network-enabled world Congress was verging into (and attempting to build a privately-managed regulatory framework for) was not fully glimpsed by the legislative drafters or the many stakeholders who provided pages upon pages of comments in a very public process. In particular, the rise of gargantuan, market-shaping tech platforms — each with a market reach to billions of constant users — was not anticipated. What Congress passed, and the President signed (Oct. 1998), afforded the startup platforms that followed a largely unconstrained field in which to grow, and grow they did.

Even tech futurists at that time were mostly anticipating something more like (old, pre-2012) Yahoo than YouTube. YouTube alone handles millions [tens of millions?] of DMCA takedown notices  – and counternotices  – every year. Its corporate owner Alphabet (essentially, Google and the businesses that it has spawned and continues to own, including DeepMind and Waymo) responded to that pressing concern with what the economists call a “private-ordering” scheme, the ContentID system and its algorithmic approach – which are, as we used to say, “hands off” or even “lights out” operations. And they are available only on YouTube (i.e., not more generally off that proprietary platform), and they don’t always work very well.

Thus, in the context of a DMCA that is showing its age and creaking at the seams, the November 10 open letter/questionnaire from Senator Tillis (R-NC) to stakeholders, entitled “DMCA Reform Bill” and intended to return to first principles and evaluate DMCA for the 2020s, makes a good deal of sense. In 2019 and 2020, Tillis, in his capacity as chair of the Senate IP subcommittee, held a series of hearings focused on known problems with several DMCA provisions and has stated his intent to put forward a legislative fix for which there may be bipartisan support — and controversy. As Tillis says in the introductory section of his letter/questionnaire, “Congress should reform copyright law’s framework to better encourage the creation of copyrightable works and to protect users and consumers making lawful uses of copyrighted goods and software-enabled products, respectively. I believe the key provisions of copyright law ripe for reform are sections 512, 1201, and 1202—all of which were added to title 17 by the DMCA.”

With that as background, and as copyright wonks ourselves, let’s take a look at some of the 15 separate issues the Senator asks about, towards being more aware and well-informed before his draft legislative text, which is certain to include some proposals for significant revisions to the DCMA, is released in late December:

There are sure to be a large volume of responses to the Senator’s wide-ranging and essentially open-ended questions, and a mid-December release of draft legislation makes for a tight deadline. I’m looking forward to reading the responses and also to seeing the DMCA-revising bill being put into the Congressional hopper (i.e., in queue for future work, not in the sense of ‘down the tubes’, as it were). Twenty years of experience later, it does seem like the time might be ripe for an update.

[Senate Subcommitte on IP] “The Digital Millennium Copyright Act at 22: What is it, why was it enacted, and where are we now”

[US Copyright Office] “The Digital Millennium Copyright Act” Provides extensive resources explaining each of the sections discussed above.