Incorporating TV & Film at Work – Why You Should, And How to Honor Copyright 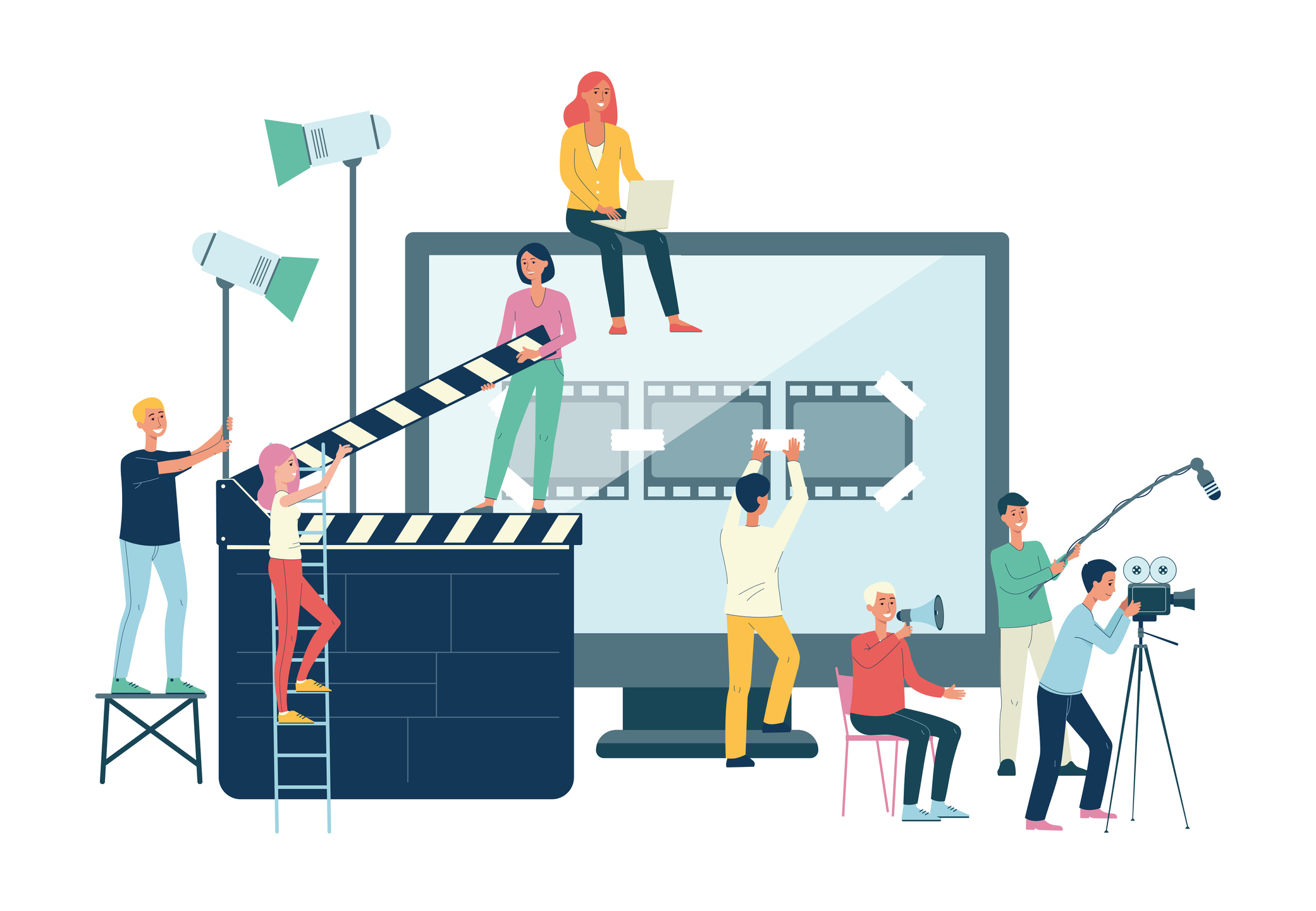 You may be familiar with the phrase, “the Golden Age of Television.” It is being used to describe the proliferation of high-quality television shows across broadcast, cable, satellite, and streaming platforms that we currently enjoy. We all have at least one must-watch series that we cannot miss, and we recognize that television and film entertain, educate, and inspire.

Video content can be powerful. According to Forrester Research, employees are 75% more likely to watch a video than to read documents, emails, or online articles, and studies have shown that adding video to a presentation or educational program can improve the ability to recall concepts and details. Viewers retain 95% of a message when it is presented in video format compared to 10% when the same material is presented as text.

For those who think film and television have no place in the workplace, think again. Where there are screens there is content, and screens aren’t limited to televisions. According to a survey by business.com, 51% of employees are engaging with video content during work hours. These screens may already be playing “Friends” during lunch hour—use that you may not have been aware of.

Many organizations are already using video content unknowingly. Others encourage the intentional use of video content to support employee programs, for example, a company-wide screening of an impactful film for Hispanic Heritage Month. In either scenario, copyright compliance is the first step to protect your organization and foster creativity.

What is a Public Performance License? (And Do Businesses Need Them?)

If your organization is playing copyrighted video content, you probably need a public performance license. The U.S. Copyright Act of 1976 protects creativity and provides guidelines for compliance by giving copyright owners exclusive rights—including the right to publicly exhibit their content. For everyone else, a public performance license from the rightsholder is required to publicly display broadcast, cable, or satellite television; DVD or Blu-ray; and downloaded or streamed content.

It can be challenging to control what video content employees are accessing in the workplace, but nearly all displays of film and television content in the workplace will require a public performance license. Televisions in break rooms, waiting rooms, and lobbies, and even organization computers, can be a liability, and the organization may be liable as a direct or contributory infringer for allowing unlicensed exhibitions to occur. Failure to comply with copyright can result in statutory damages from $750 to $150,000 per infringing use, plus court costs and attorney fees. At a minimum, short of monitoring all use of film and television within the organization, a public performance license should be secured to protect your organization from copyright infringement risk whether you plan to sponsor screenings or just want legal peace of mind for employee activities.

With a public performance license in place, the real fun can begin. There are endless ways to incorporate film and television for memorable meetings, training, employee groups, and more.

Video content can be found throughout every type of organization. Protect your organization and unleash creativity with a public performance license in place before you press “play.”