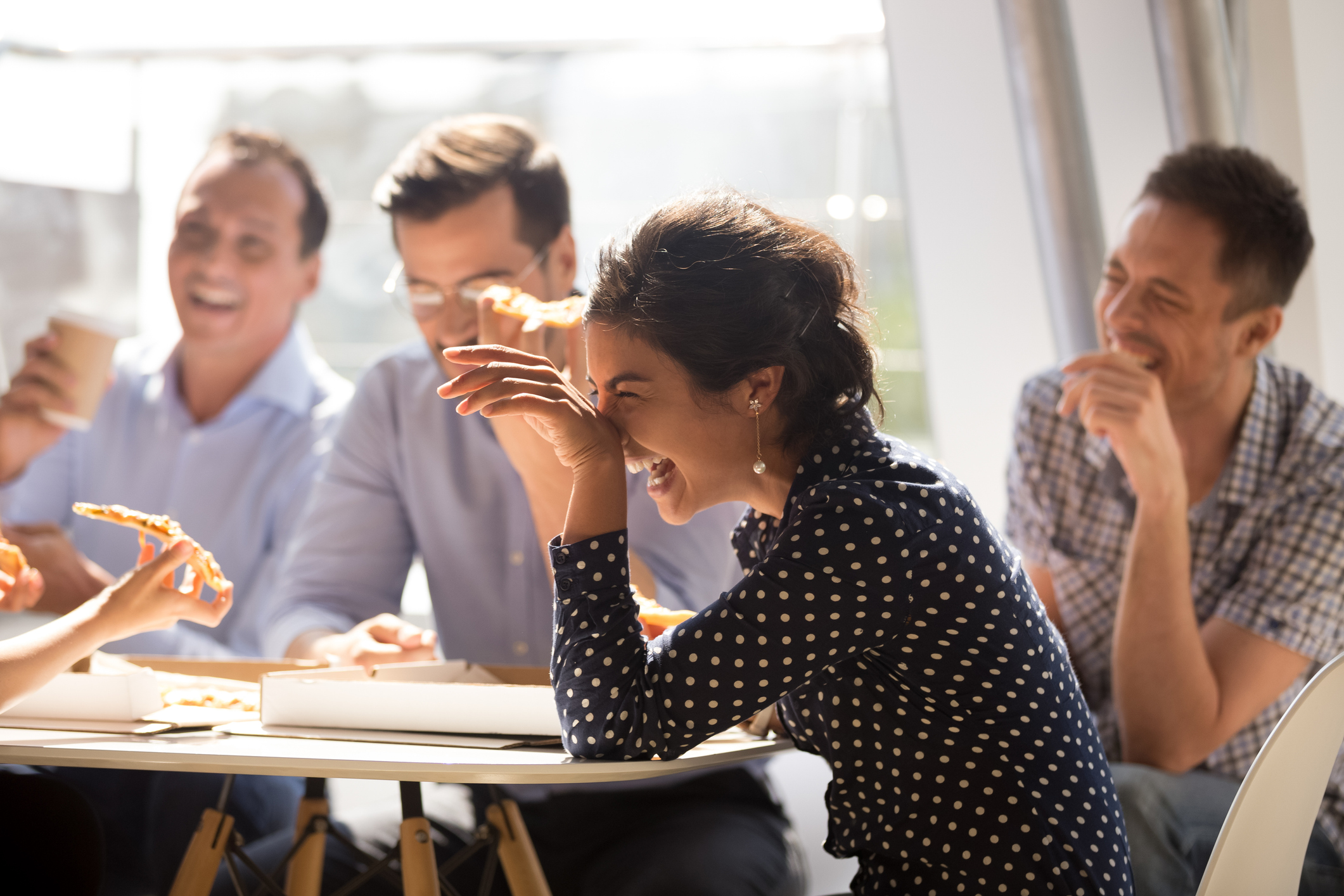 If you have read any research produced by universities, civil society organisations or think tanks, you will most likely have struggled to find any good jokes. However, throughout history, humour has played an important role in critiquing society and raising social issues to a popular audience. Drawing on a recent example of using humour to explain the complex political and economic crisis in Sri Lanka, Chalani Ranwala suggests that this often overlooked medium can, when used well, provide timely research based information to broader publics.

No matter how bad things get during a crisis, there is something cathartic about laughing at it. Chaos and frustration are often translated into memes, sarcastic tweets or funny videos that go viral on social media.

Humour, even during the darkest of times, creates a sense of comfort for many. Humour can also push us to look at our surroundings with a different perspective. But can humour, in the form of satire, be an effective strategy to communicate research?

Blok & Dino, a Sri Lankan comedy duo made up of Gehan Blok and Dino Corera, make millions of Sri Lankans laugh with their stand-up shows, live-streams and comedy skits shared through their YouTube channel. In addition to commercial advertising for large brands, the duo also uses their platform to discuss social issues. For example, a comic public service announcement to spread awareness on the importance of adhering to Covid-19 protocols went viral back in 2020.

Colombo-based think tank Verité Research, known for its independent research in economics, politics, media and law, provides research, analysis and commentary on key issues of public importance, including Sri Lanka’s ongoing economic crisis. For the first time, the organization linked up with up with Blok & Dino to become ‘knowledge partners’ in a satirical video that unpacks the key factors that led to Sri Lanka’s economic meltdown.

Titled “The Arthika Patient” (The Economic Patient), the 16-minute video centres around an analogy: Sri Lanka is an injured patient lying on his deathbed. The Sri Lankan people, portrayed by the patient’s distraught mother, beg political leaders and economists – the patient’s “doctors” – to save the country from its imminent death. The video mimics several key players in Sri Lanka’s economic downfall, including a former prime minister and a former Central Bank Governor. Supported by a narrator, these characters reveal unfavourable policy decisions that lead to the crisis and also present the inevitable solution: entering negotiations with the International Monetary Fund (IMF).

The video creatively folds in research and analysis produced by Verité Research on the country’s economic crisis. This is done in three ways: through the narrator’s explanation, through the dialogue of the characters and through screen pop-ups of economic data and analysis relevant to specific jokes and anecdotes. The characters humorously shed light on areas such as the effects of excessive money printing and unfavorable tax policies that lead to the government losing out on essential revenue. One character also provides a brief explanation on the process of debt restructuring, which Sri Lanka is currently facing (a subject which is not standard comedy material).

The video was a hit. It was praised for its timeliness and effectiveness in providing a simple explanation of the country’s economic crisis. To date, the video has received over 1 million views on YouTube.

Praise for “The Arthika Patient”

Humour, particularly satire, can thus be an especially far-reaching medium to inform the public on complicated issues. But what makes it effective? As Professor Lisa Colletta puts it, satire achieves its aim by shocking its audience. As a form of critique that uses comedic devices such as parody, exaggeration and slapstick to make people laugh, the effectiveness of satire relies on the ability of the audience to recognise the irony that is at the heart of the humour. In fact, humour has also been found to reduce individuals’ counter-arguing against messages experienced through an entertaining, funny format.

Let’s look at three reasons why satire can be used as a research communication strategy:

Satire is a form of ‘reverse discourse’ that occurs when you use the terminology of a pre-existing discourse to develop an opposing interpretation. This form of discourse is used in political satire and comedy, when comedians play on pre-existing stereotypes and ideas to expose follies, mistakes, and hypocrisy on the part of governments and officials. Pre-existing narratives, as seen in the example above, can take the form of a government’s problematic administration style or a toxic political climate that remains unchallenged by many.

It problematises the norm

Satire, through its irony, complicates and problematises the way we see things, and can therefore invite audiences to view things differently. Comedians and satirists encourage audiences to assess pre-existing narratives with a new perspective. This is often subtle and done implicitly. They are then able to use this space to introduce relevant facts, statistics, and analysis, so that their audiences have the correct tools to form more informed opinions on issues being discussed.

It creates an informal access point to an audience

Re-packaging information into humorous content creates an informal access point to audiences. For instance, all the research used in “The Economic Patient” also exists in reports, working papers and similar formats. These traditional research outputs may seem slightly intimidating or inaccessible to a general public. In contrast, comedy and satire provide a friendlier, more relatable voice that can convey important messages and lead audiences to more complex resources if desired. It also helps that the messengers do not usually intend to change people’s minds or convince them of anything. The main objective of comedy and satire is to entertain. So, if all people want to do is laugh at the jokes, then that’s okay too.

Research, in its usual formats, may not always be appetising to an audience.

Combined, the resulting space is both comforting and non-threatening. It can provide a sweet spot for researchers and academics – and even entertainers themselves – to deliver important messages that benefit their audiences.

Laughter might momentarily take our blues away, but combined with research, it can also nudge us to learn new things, question norms and develop different perspectives on the issues that affect us.