Our colleague, Chris Kenneally, recently released a podcast interview on the topic of “Are State Governments Copyright Pirates?” So, this seemed like an opportune time to update the following blog post.
https://beyondthebookcast.com/are-state-governments-copyright-pirates/

UPDATE (3 June, 2020): In April, the Senate IP Subcommittee, headed up by Sen. Tillis (R-NC) requested that the US Copyright Office look into legislative remedies for addressing creators’ concerns with this outcome. Towards addressing this request, the Copyright Office has opened a public study on the topic, with Comments due by early August. 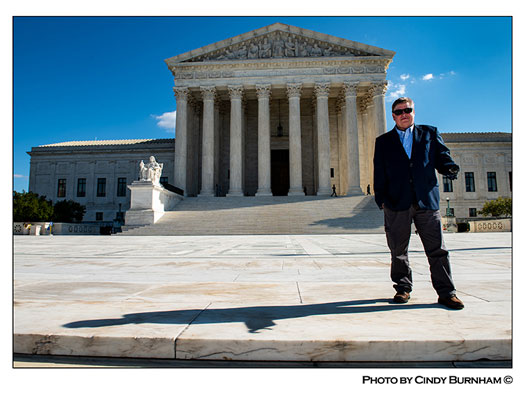 UPDATE (23 March, 2020):  The Supreme Court has now issued its decision, and did so unanimously, saying that the Copyright Remedy Clarification Act (CRCA) did not in fact validly abrogate states’ sovereign immunity for copyright cases.  In short, the photographer is not entitled to any damages for the state’s infringements because the state is a sovereign within the U.S. constitutional system, and its sovereignty has not been waived by the state (as is done, for example, in many employment law cases) nor abrogated (overruled) by Act of Congress (as, for example, in bankruptcy cases).

The word “pirate” comes up frequently in copyright stories, but usually not in the context of someone with a bad West Country (Arrrrrrr! Matey!) accent and a parrot on his – or her – shoulder. Starting in 1996, a photographer began documenting the exploration of a shipwreck found off the coast of North Carolina. This wreck was thought, and later confirmed, to be one of the ships used (ahem!) by the infamous early 18th century pirate, Blackbeard (Edward Teach, as his mother named him; but “Blackbeard” sounds so much more pirate-y).

But that is all in the distant past; no one is suing for a share of Blackbeard’s treasure, or seeking to punish him for infamies committed upon the Spanish Main. The – sadly, much more prosaic — copyright case before the high court now is Allen v. Cooper. (Good, short summaries of the case are available at this link.)

Passing over a lot of the gory details (which have been well-analyzed elsewhere): the Copyright Remedies Clarification Act of 1990 (CRCA) was crafted to address a copyright issue that kept coming up after court decisions affirmed that the doctrine, stemming from the 11th Amendment to the Constitution, of state sovereign immunity immunizes states from damages claims under federal law, including copyright law, unless Congress is explicit and precise in enacting a law that abrogates that immunity. The CRCA itself was, however, held as early as 1996 by a federal appeals court to be insufficiently explicit and precise to validly abrogate state sovereign immunity.

However, as Krista Cox points out at the Above the Law blog, this framework does not mean that states can violate copyright with impunity. Rather, it means only that they cannot be sued for damages – plaintiffs, such as the photographer who created the film and still images in this case, can only ask for injunctions (in effect, to have the court make the state stop engaging in allegedly infringing activity).

In its defense of this case, where the videographer complained about the state’s use of video footage & stills of the wreck to which he claims copyright, North Carolina convinced the 4th Circuit Court of Appeals not only to agree with other courts of appeals that the CRCA was insufficient to abrogate state sovereign immunity, but to go further: the State argued that, regardless of the sovereign immunity issue, its use should be excused under a standard copyright fair use analysis. The Court of Appeals affirmed NC’s position in 2018.

The SCOTUS heard oral arguments on this case on Nov 5th. And whenever the Supreme Court takes a whack at copyright, the discussion can get interesting, and the effects of whatever it decides can easily spread out to the rest of us. If North Carolina’s view should prevail, states will be able to infringe copyrights without fearing much of a penalty. If, on the other hand, the filmmaker’s argument should win, states would be on notice about the need to secure permission in order to avoid not only an injunction but also damages or, at minimum, to proceed with caution — like everyone else. No more freebooting.

Overall, I think the latter outcome – that states being expected to abide by the same copyright rules as everyone else — would be the fairer one. We’ll see what the Court thinks; it will issue its decision before its current term ends on June 30.