A Magical Mystery Tour of Intellectual Property…with The Beatles 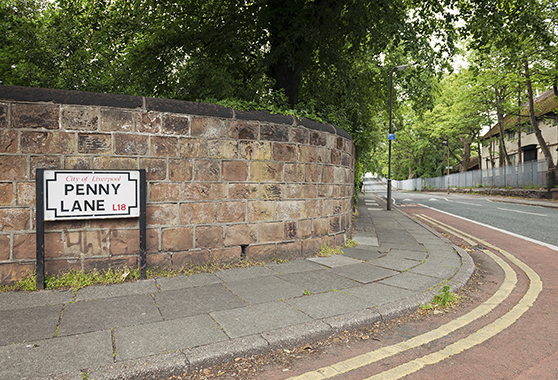 Without their IP, where would The Beatles be? Nowhere, man.

The Beatles, as John Lennon said, were just a band. A band that made it very, very big. Existing as an ongoing creative entity from some time in 1961 to mid-1970, the group’s primary creative work included musical compositions and recordings (of course) which are subject to copyright protection. But during their heyday, their outputs were so popular and influential that other aspects of copyright, aside from that of composition and arrangement, were entailed and utilized as well.  Eventually, trademarks, and to a lesser degree patents, were also brought into the mix (as it were). When I started thinking about a topic for this guest column, it occurred to me that a short walkthrough of some of the most well-known intersections of the Beatles and intellectual property (IP) would provide a useful and interesting means of a) getting me to write about the Beatles, something I have always wanted to do, and b) highlighting, through this lens, some points of the structure of IP protection which are worth knowing about and helpful to remember for librarians and other non-lawyers engaged with IP.

First principles first, however: Early on in the copyright classes I teach, I provide a module about distinguishing the various forms of IP -by example of a can of good ol’ Coca-Cola – which includes nearly all the standard forms of intellectual property: a patent (on the riveted ‘stay-tab’) , a trade secret (the formula for the drink itself), and multiple trademarks  (not only the word marks but also the distinctive trade dress/branding we are all familiar with, including even the company’s own proprietary typeface), as well as copyright in the art and any expressive words printed on the can. There are other forms of IP as well (though probably not in the soda can), but those will do for our purposes today.

As it turns out, however innovative we may recollect the Beatles as having been, they didn’t file for any patents (one of them did, but it was much later — 1994), and they didn’t have any literal trade secrets that I know of.  But over the arc of their career together, they exploited several forms of IP, including patented inventions and trademarks of their own, and certainly copyrights in various media (including books and films) -not just for music.

Beginning with the obvious, the Lennon-McCartney songwriting partnership was one for the ages, and provided the listening world with many compositions of enduring popularity. (So also, but to a lesser extent, did the original compositions by George Harrison during his Beatle years; Ringo, too got a few songwriting credits as Beatle.)  Leaving the purely business arrangements to one side, one key attribute of the band’s success was its ability and inclination to turn out new material at a regular, not to say prodigious, pace: 188 original compositions in 8 years, according to most standard catalogs. Additionally, under the “cover recordings” rules in place, they were able to supplement this output with new versions of works written by others – around 25 ‘cover’ arrangements, many of them on the appropriately named album, “Beatles for Sale.” These cover songs had to be, and were, licensed-in by the Beatles for release on records as well as for public performance.

This brings us to an important point about copyright and licensing: In the normal case, commercial reuse of someone else’s material requires a license of some sort, and usually a payment as well. This is almost always true in the music industry, which has (or had, until the digital age) well-established procedures for this sort of licensing. These arrangements allowed for the band to realize profit from the success of their recording efforts as well as from the publication of the sheet music of their compositions. In the case of The Beatles, these rights allowed them to garner substantial incomes from their work for many years after they were no longer working together (and indeed, half the band members have now passed on and their estates handle their copyrights.)

Secondarily, the Beatles exploited copyright in artwork.  Their first few albums were graced with standard-issue photographs of the band members.  But, beginning with originally commissioned cover art (a line drawing & collage by Klaus Voormann) for “Revolver” in 1966, they brought out several more album covers with an ‘artsy’ feel, including the beyond-famous “Sgt. Pepper’s Lonely Hearts Club Band” installation by Peter Blake and Jahnn Haworth, and the “Magical Mystery Tour” cover designed by John Van Hamersveld.  The “Yellow Submarine” cover used images and character designs drawn by Heinz Edelmann (not Peter Max, as is commonly believed); and then came the minimalist blank-white “White Album” cover designed by Richard Hamilton with significant input by Paul McCartney. The final two albums after those – “Abbey Road” and “Let It Be” – reverted to the more familiar style of still-shot photography. The artsy covers, however, garnered attention from the world of pop art and led to emulation, for example by Andy Warhol’s cover design for “The Velvet Underground and Nico” (1967).

Bottom line, the Beatles were no strangers to the visual arts and certainly invited its practitioners into the party that was Beatlemania. Many other examples are available, but I’ll stop there.

As I suggested above, trademarks may be thought of, casually, as brands; or, in other words, indications of a company that are specifically evocative of its products. A company’s logos are good examples of visual trademarks. Sounds â€“ if evocative of the enterprise (a rock band, in this case) can also be trademarks. If The Beatles had sought an audible trademark, the prime candidate would obviously have been the opening chord from “A Hard Day’s Night” (1964).

As it turns out, The Beatles had – and the band’s “estate” still maintains – two notable trademarks: the dropped “T” logo of the name of the band, and a photograph of a green-skinned apple which identified the releases on their record label. The dropped “T” logo was designed by the improbably named Ivor Arbiter – from whom all rights were presumably eventually purchased, and it was drawn on the head of Ringo’s bass drum by a local painter named Eddie Stokes in 1963. It remains in use, despite a few stylistic changes, to this very day. The photorealistic image of a green “Granny Smith” apple (whether cut in half, showing the fruity inside, or in the round) for the newly-formed Apple Corps Limited was designed by Gene Mahon (again, from whom all rights were presumably purchased) and used from 1968 onwards to represent the business side of The Beatles’ enterprise. That image also has been in continuous use as a trademark since that time, despite some controversy with the also apple-based logo of a rather different enterprise. These trademarks serve to indicate, in consumer-protection mode, that the products or services on offer – be they audio recordings or otherwise – are those of the Beatles, and not ersatz or knockoffs of some sort.  A simple example of this function appears on the cover of a music-based video game, Beatles Rock Band (2009), nearly four decades after the records themselves were first released. The Apple logo is right there on the cover and appears in the video trailer – signaling to the buyer that this is the real deal, i.e. a licensed and authorized product.

I had thought I wasn’t going to discuss anything about patents. Well, “It’s in the mind, you know,” and I’ve changed mine while writing this essay.   A patent protects, in the language of the US Patent and Trademark Office, ” …any art or process (way of doing or making things), machine, manufacture, design, or composition of matter, or any new and useful improvement thereof …which is or may be patentable under the patent laws of the United States.” In common parlance, a patent protects an invention. While the four Beatles themselves were not themselves inventors, they showed substantial interest and some involvement with technical innovation involving music. Two primary examples of this are: ‘Magic’ Alex, and the MOOG synthesizer.

Alexis Mardas was hired in the late 60’s by the newly-formed Apple Corps company as the head of its Electronics division, Apple Electronics. Although he never seems to have applied for any patents, or actually finished any projects for Apple at all, he did intimate that he was constantly about to.  By contrast, the Beatles’ use of the MOOG synthesizer, a 1965 electronic music-making device of Robert Moog, was greeted with market success. Several of the compositions on their 1969 album, “Abbey Road,” including Harrison’s track “Here Comes the Sun,” feature the unique sounds of their custom-built MOOG synthesizer and that novel instrumentation (aesthetically speaking) contributes  strongly to the pleasing overall effect of the record.

There are many additional vignettes about the Beatles’ involvement with IP which I may take up in a subsequent post, such as the times they were under a threat of lawsuit for copyright infringement, or when (many years later) Paul McCartney went back after the US publishing and distribution rights they had signed away as callow youths, hungry for success. But going just from what we looked at above, we can see that in their relatively short career together The Beatles journeyed Across (much of) the IP Universe -which is organized into various categories, all for the purpose of protecting and encouraging creative expression of all kinds.