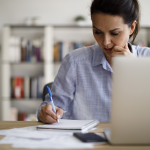 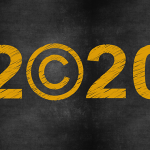 Keith Kupferschmid kicks off 2021 with the most important moments in copyright we experienced this past year. 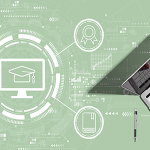 With COVID-19 becoming our new normal, and with much discussion of distance learning — including the unique copyright issues raised by distance learning, there should be more discussion around the Technology, Education, and Copyright Harmonization Act, known generally as TEACH Act.

Disputes between content and ad-serving platforms — such as Google and Facebook — and various news publishers have been roiling at least since the launch of Google News (Sept 2002).

Copyright limitations for thousands of works expired on January 1, 2019, aka Public Domain Day. Are publishers, creators and other rightsholders ready?

In 2019 and 2020, Tillis, in his capacity as chair of the Senate IP subcommittee, held a series of hearings focused on known problems with several DMCA provisions and has stated his intent to put forward a legislative fix for which there may be bipartisan support — and controversy.

While current circumstances may make it seem like it’s not an optimal time to throw something new at people, rolling out new literature management solutions that will make workers’ lives and managing content easier is a worthwhile venture – and a less daunting one than you may think.

The Privacy Shield had been the four-year-old mechanism under the protection of which EU companies have been sending personal information about EU citizens to the United States for processing.

On Sept 21st, Librarian of Congress Carla Hayden announced Shira Perlmutter will be the nation’s 14th Register of Copyrights and Director of the U.S. Copyright Office.