STM and the Role of Associations in the Current Crisis

The International Association for Scientific, Technical and Medical Publishers – best known as STM – has 150 members around the world who collectively publish 66% of all journal articles and tens of thousands of monographs and reference works. Its membership includes academic and professional publishers, learned societies, and university presses. 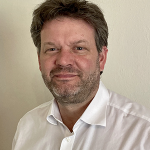 “We are as a community, of course, extremely committed to helping combat the virus, and whatever resources we could add to the effort was very important to us to offer,” he told me for a CCC podcast. “I think we were all struck by the severity of the crisis, and I think the scientific community was early on in the process flagging up the seriousness of what was about to happen.

“At the last week of January, publishers started to deploy resource hubs for the immediate access to resources. I wrote to all our members on the 30th of January to say that in our view, this was something that our members should consider and that where they had given access to resources, we wanted to know, so we could publicize that more widely and also input that information to the relevant authorities as well,” Moss continued.

“We launched our own resource page on the 10th of February, and I think we’re up to about 32,000 articles, chapters, and other resources that are findable and usable in that manner. We started straightaway, so when requests came in from governments, as they did in late February/early March, we already had those resources in place, and we already had the access to those resources. That meant that we could really positively respond to those requests from governments.”

Apart from providing access to so many important published articles, STM members have also committed to accelerating review of any articles that may add to the collected knowledge.

“It’s really important to understand that this is a serious and significant commitment, but it does not come without a cost,” Moss noted. “And we also caution alongside this that this is not a process that is scalable. This is something we are giving additional resources to from our members in order to deal with the current problem at hand, coming with all of the caveats that we can’t speed up getting the right answer. We have to make sure that all the relevant checks are in place, and we have to make sure that the science that is published is verified and correct. That still takes some time.”

Ian Moss stepped into his role of CEO at STM only in late December. While he expected 2020 to be a year of change, he couldn’t have anticipated just how much.

The ongoing coronavirus crisis he said, has “stopped the travel and the face-to-face interaction but it hasn’t stopped my hunger to want to hear from everybody – from our members, from research community, from funders, from libraries – and to really talk about how we’re going to work together in the future.

“I was lucky to come to an organization that had refreshed itself,” Moss added. “Science is undergoing a massive transformation. Consumption is changing dramatically. The nature of the research community and how they are interacting and working with each other is changing, and that’s fundamentally altered expectations on our [publishing] industry.”

One dramatic and unexpected change related to the pandemic is the temporary halt to public gatherings that means a freeze for all conferences and meetings. This week, the 2020 edition of STM’s Annual US Conference, originally scheduled for Washington, DC, pivots to a three-day virtual program.

“The speakers have been fantastic. We asked them all originally how they wanted to handle what was going on, whether they wanted to continue to go ahead, and they all really wanted to engage,” Moss explained.

“We are still a community that wants to interact and learn from each other. And we look forward to a rich experience that people can engage with online.”

Join CCC at the STM Virtual Conference at 9:25 AM Eastern on Thursday April 30th for our panel discussion, entitled “The User is Now Central; What These Tech Trends Mean for Your Business.” We will be discussing the new Tech Trends with a roundtable of 5 tech-savvy representatives of STM publishing houses.