Cooperative IP Responses in a Period of Medical Urgency 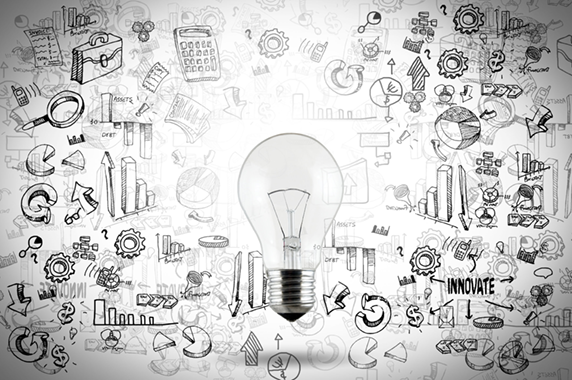 Due to the COVID-19 pandemic, these are trying times for everyone. For too many people, the times are not just trying but tragic. In that context, Intellectual Property (IP) considerations might seem theoretical, distant and immaterial to such times. But they’re not. The medicines and technologies being developed – to address the pandemic and the social wreckage it is leaving in its wake – are all protectable by IP and are critically important to start to get this thing behind us, or at least to progress towards caging the beast. Let me share with you some of the factors I see at play here, and see if you agree.

Life sciences and medical device companies seeking solutions to the problems created by the Coronavirus are all doing separate research and building on their prior research . . . which is likely to lead to lots of patents on their inventions.  But those patents (and the inventions underlying them) are certain to conflict in a variety of ways. Litigation among the patents’ owners could take a long time and will impede society deriving any benefit from them such as sooner and more effective mitigation of the pandemic’s effects.

Recently, I was reading about patent pooling as a tactic for accelerating the progress of drugs and other medtech into actual use with patients. The core idea of a patent pool is that, for an identified cluster of inventions, the companies involved agree not to fight it out – instead, they agree to work (in part) cooperatively on the problems at hand, and to do so for the good of all concerned, including the public.

As it turns out, the patent world has experienced this kind of “conflicts among competitors’ patents” problem before . Patent pools go back a long way in US and international IP law.  Back in the early (pre-electric) days of the personal sewing machine (1856), the larger issue necessitating a patent pool was that the Industrial Revolution itself was being impeded. In the early 20th century, the federal government needed those new-fangled air machines, and squabbling airplane manufacturers whose patents interfered with each other were in the way of the war effort. And so on, right up to DVDs (and their need to be compatible with the various players) only about 20 years ago. In each of those instances, and lots of others, a solution had to be devised in order to get products into the marketplace and in order to solve associated economic problems.

What are patent pools?

They are legal agreements whereby a group of competitors cross-license a number of patents so that all participants can use the entire pool of patents (regardless of whom each patent belongs to) to produce products that benefit society and, in effect, they split the proceeds of every participant’s use of the entire group of patents on an agreed basis.  This is not to suggest that patent pools are a panacea – by definition they hover on the edge of anti-trust issues when a group of competitors seem to be restraining competition in a way that may be bad for society, and beyond the comfort level of, in the US, the Department of Justice.

However, with appropriate regulation of the communal effort by contract – and usually with advice and possibly supervision from the Department of Justice or another regulatory agency – a structure can be created that maximizes competition among the products supported by the entire pool of patents rather than among the patents themselves.  By providing benefits to society (new products, new services, new ways of solving problems) that might otherwise be delayed or eliminated by patent litigation, and by therefore directly or indirectly benefiting consumers (by lowering prices, speeding progress), a patent pool among competitors can actually be “pro-competitive” and thereby comport with the law.

Most of us are aware that competition in the biotech sector is often fierce. And, in less trying times, that fierceness may help provide significant social benefit – new and more effective treatments and other options for sufferers — which is to say, the benefits are not simply for the companies involved, but for the rest of us: healthcare providers, patients and consumers as well. Right now, however, there is a lot of agreement that the most important issue is to find a means of dealing with the virus and its baleful effects, rather than everyone clinging to their patents and defending them against all comers.

During the pandemic, many of us have spotted — in our daily reading of the headlines— an increase of cooperative action among the big (and smaller) players in the biotech field. And the public apparently appreciates this: In one poll, positive views of the pharma industry have risen in recent weeks by an astonishing 40%.

As it turns out, in the European Union at least, there is a directly relevant pre-existing arrangement of the sort I’m discussing here: the Medicine Patent Pool, or MPP. It was set up in 2010 to address a generally similar challenge, the Ebola virus, and has recently (April 6th) announced that it will expand its coverage, for willing R&D participants, to pooling IP relevant to addressing research efforts to mitigate and maybe stop COVID-19.

There are other forms of cooperative agreements among competitors besides patent pools. The COVID-19 Pledge initiative – a voluntary commitment to IP openness in the common effort – is a major new effort of this sort. Many of the leading technology platforms recently (April 20th) agreed, via signing up to this pledge, to contribute the use of their applicable technologies and patents towards combating the pandemic.

I think one ought to applaud this sort of action. From my perspective, making common-cause effort to fight COVID-19 just makes sense. It is socially responsible, I think; and it might even be good business.